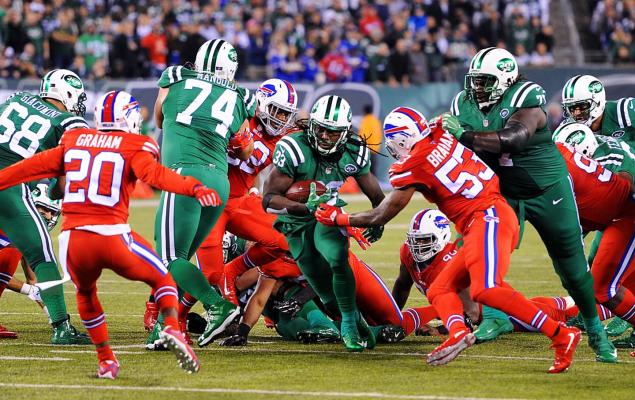 Last season, the NFL introduced their “Color Rush” jerseys to be worn by players during Thursday Night Football. It became a bit of a problem, however, when the Buffalo Bills played the New York Jets. Why? The most common type of color blindness happens to be red-green color blindness, and the Buffalo players wore red from head to toe, while the New York players wore all green. There was a high number of viewers that reported being unable to tell which team the players were on because they could not identify the players by uniform color.

Thankfully, the NFL has addressed the issue for the same match-up this Thursday. The Jets will wear all white uniforms, while the Bills will again wear the all red
uniforms.

Our beloved Baltimore Ravens even became part of the discussion in regard to their November 10th Thursday night affair at home against the Cleveland Browns. To avoid another color-blunder, the Browns will wear all white uniforms in that games while the Ravens will sport uniforms that are entirely purple.

Roland Park Vision Services offers comprehensive eye exams to help diagnose eye problems such as macular degeneration and cataracts. Our doctors and staff have helped restore and preserve thousands of patients’ vision. We are very passionate about educating patients and their families regarding prevention and treatment, to ensure that everyone has the best options and know-how when it comes to eye care.

What I’m Wearing This Week

Be My Eyes – How You Can Help Blind People See

This site uses Akismet to reduce spam. Learn how your comment data is processed.